FootSmart, a retailer specializing in shoes and pain-relieving products for the feet and lower body, e-mailed my mother this birthday offer the day before she turned … let’s say 39. 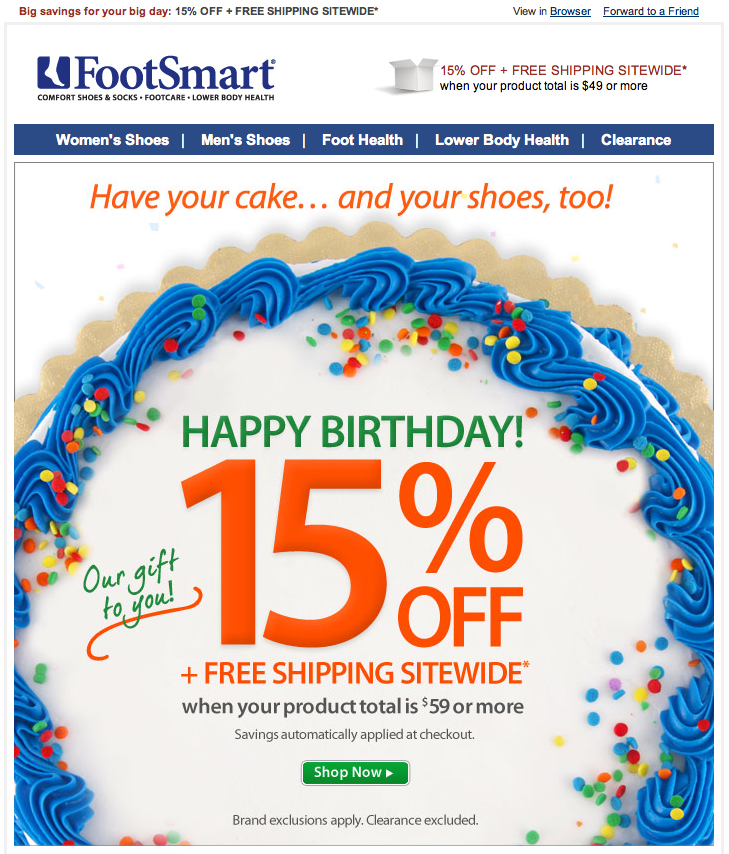 This e-mail could use a touch of Lotrimin, because something stinks. According to the small print near the upper right, spending at least $49 triggers a 15 percent markdown. If it’s your birthday, however, you’re in luck: You only have to spend $10 more to see comparable savings. Don’t believe me? It’s the icing on the cake.


At the risk of stepping on someone’s toes at a certain shoe retailer, I’ve tweaked a famous nursery rhyme:

* If you’re indifferent toward this pun, you are as callous as the skin on the sole of an irritated foot.
Posted by Owen at 8:00 AM No comments: 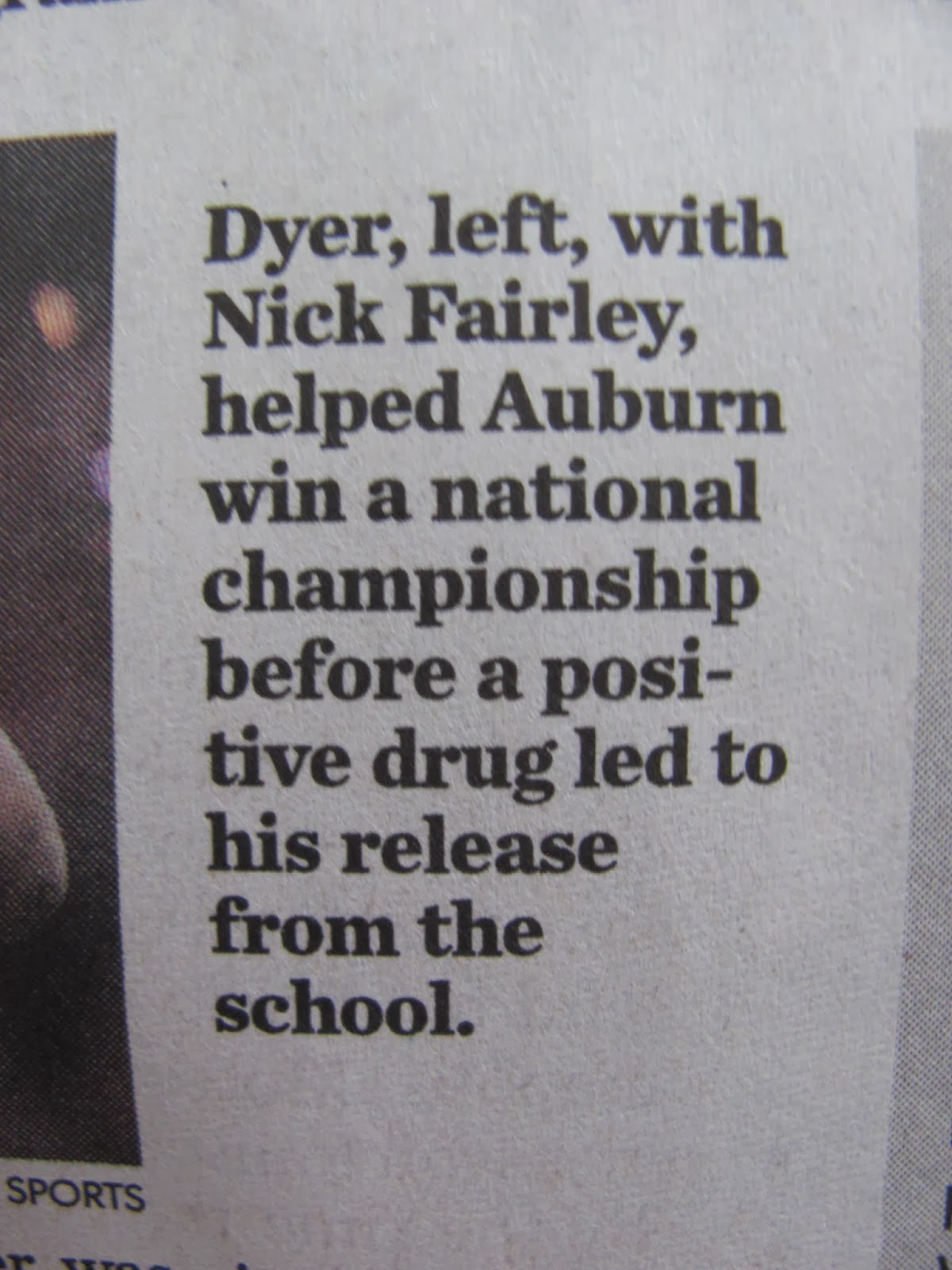 The excerpt below concerns Pete Rose, Major League Baseball’s all-time hits leader, visiting Bridgeport, Connecticut, and managing the local minor-league ball club for a day. Can you figure out if the snippet is from a modern newspaper article or a Shakespearean sonnet? 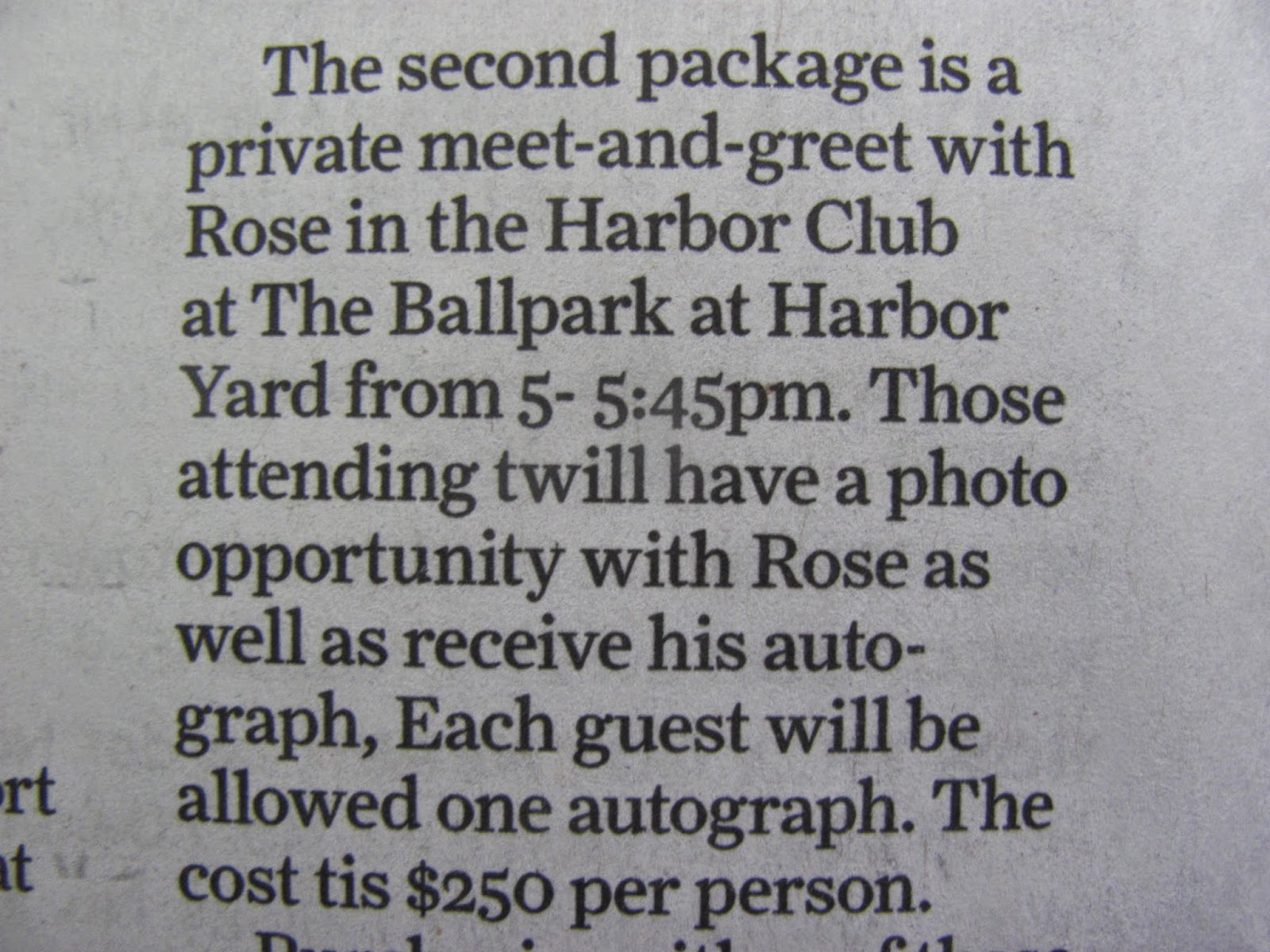 Three elements are as out of place as Pete Rose at the National Baseball Hall of Fame.

You know what I’d like to see at the end of an autograph? A period. Will a comma get the job done in that awkward second sentence? In words that would have benefitted the former Cincinnati Reds player-manager years ago: Don’t bet on it.

Twill is a fabric with a diagonal pattern. The word ’twill, with an apostrophe before the t, is a contraction of “it will.” (The apostrophe replaces the missing i.) You can choose the fabric or the archaic contraction — either way, ’twill be incorrect when used instead of will.

Tis are tropical plants found in eastern Asia. The word ’tis, which was customary in Shakespeare’s heyday, is a contraction of “it is.” The contraction — often erroneously written sans apostrophe — is used sparsely today. You’re most apt to come across it in a poetic or literary setting: Each December, carolers remind us that “’tis the season to be jolly,” and in his most famous soliloquy, a certain Danish prince questioned “whether ’tis nobler in the mind to suffer the slings and arrows of outrageous fortune.”

The word works in those two familiar refrains. In this sonnet newspaper article, it does not. Remove the word after cost at any cost. I must tsk-tsk this tis, which should be is.

Oh, well. We know ’tis human to err. To err three times in but four sentences, however, is a bit much. I find it difficult to explain the unusual presence of the comma and two t’s. Perhaps it’s the present-day equivalent of spotting a smartphone during a performance of Hamlet at London’s original Globe Theatre. Something’s not right here.

Every Rose paragraph has its thorns, I suppose. Still, do not emulate the Player Queen and protest too much, readers. I’ve chosen to take arms against this paragraph’s sea of troubles. Once ’tis fixed, ’twill be better.
Posted by Owen at 8:00 AM No comments: 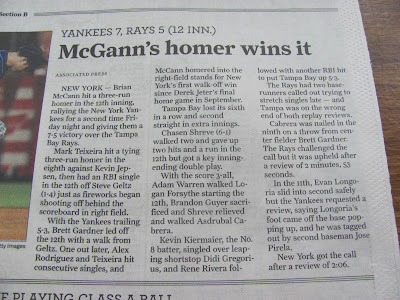 Putting a G where a C needed to be created a glaring, above-the-fold mistake. Still, suffering minor “head” trauma is preferable to damaging your reputation. Just ask James Frey or Brian Williams.
Posted by Owen at 8:00 AM No comments: