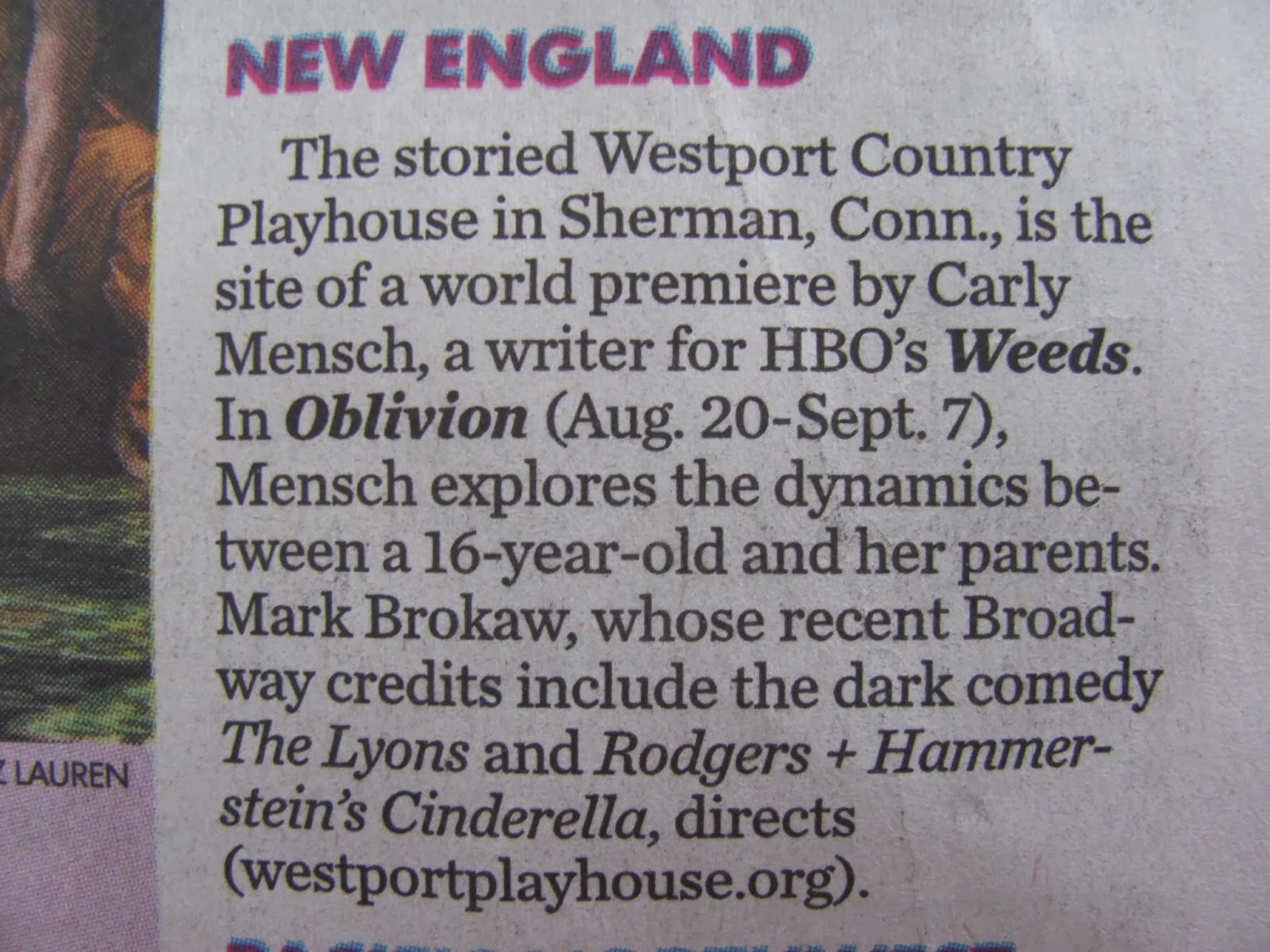 I live in Connecticut, and I’ve been to the Westport Country Playhouse on more than one occasion. I first got into the act, so to speak, in July 1998, when my brother and I saw Wonder Years co-stars Dan Lauria and Fred Savage reunite in Wendell & Ben, a two-man play about a Gentile father and his Jewish son-in-law. I drove to the playhouse, a converted 19th-century barn, from my Fairfield home that summer evening. It took about 10 minutes to get there — a five-mile straight shot west on the Post Road, into Westport. The Westport Country Playhouse, you see, is in Westport. Sherman, a small town on the New York border, also has a playhouse, but it’s called — get this — the Sherman Playhouse.

I’m sorry, Sherman, but you’re not Westport’s stage name. It’s curtains for you.
Posted by Owen at 8:00 AM