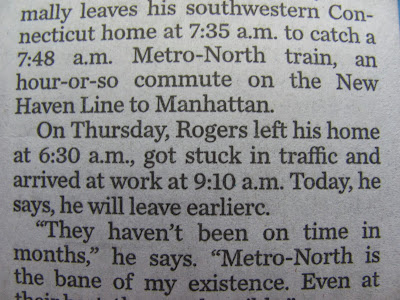 I got to the r in earlier and figured I’d safely reached the end of the paragraph when, out of nowhere, c cut in like the self-important commuter who aggressively switches lanes every six seconds or 20 feet, whichever comes first. He’s congesting a word in this sentence, and I’m on the verge of trafficking in retaliation. Do I honk the horn? Curse? Extend a road-rageous middle finger? Nah. Stay calm. Alert the authorities that an erc-some, unlicensed operator is on the road. A certain letter, like Rogers, showed up late.

Originally, the closing word in this USA Today paragraph had seven letters. That was an earlier version. I prefer it. So, remove that last letter. With that, earlierc becomes earlier. Our commute is complete.