Early December, and dusk had settled on the City of Brotherly Love. The coldness outside was biting. Fortunately, the large windows on the 23rd floor blocked Philadelphia’s chilling, penetrating winds. It was toasty inside. Quiet, too. The only noises the two of us heard were the muffled voices of people making merry at a party a floor below.

No such frivolity existed on the 23rd floor. At 5 o’clock the crowd had thinned, and now, 20 minutes later, just she and I were present — and our day together was drawing to a close. The taxi I had reserved would be outside the building in 10 minutes. It was almost time to head home. 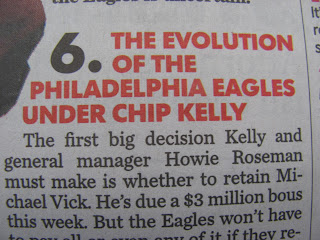 Would this be the day? Would she finally say it? My confidence was high. Why shouldn’t it be? We’d been together for months. We’d spent countless hours in close proximity. We’d dined together. Shared laughs. Traveled. Provided moral support. Dealt with pressures. Learned from one another. Listened to one another. Relied on one another. The stars in the Philly sky, masked by falling snow, had aligned. A life-changing moment was imminent. Today, I thought. Today is the day I’ll be on the receiving end of those three words I’ve longed to hear. I romanticized the moment, envisioning the words uttered from her heart, dispensed with a glowing smile. I wrapped my scarf around my neck, bracing for the cold and the impact of her impending declaration. As I nervously fumbled with its tasseled ends, I breathlessly awaited to hear … “Here’s your bonus.”

My bonus, like the taxi, never came. No generous check. No stock options. No extra week of paid vacation. No bonus. Instead, on that cold December evening, my boss enrolled me in a jelly-of-the-month club. An eccentric cousin told me it was the gift that keeps on giving the whole year, though his sentiments fell on deaf ears. Jelly? Jelly! Strawberry in January. Apricot in February. Boysenberry in March. Garlic rosemary in April. In early May, I broke; “J-e-l-l-no!” I shouted, to no one in particular.

I merited more than jelly, jammit! I deserved something in addition to my usual compensation, something meaningful. Without hesitation, I placed on n the onus to return to bonus.