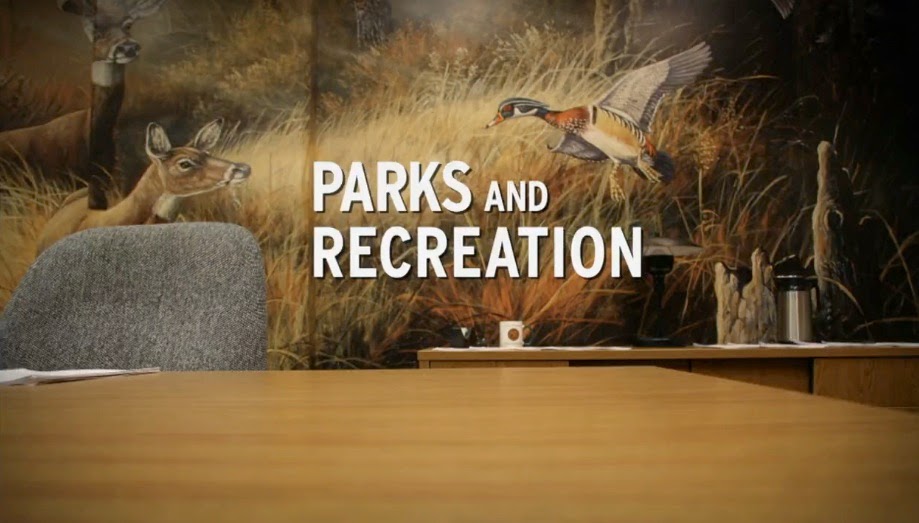 As Pawnee, Indiana, TV journalist Perd Hapley might say, in his totally tautology way, I love Parks and Recreation, a show that is dear to my heart. I’ve been a fan of the NBC sitcom since seeing a trailer weeks before the show premiered in the spring of 2009. When I heard Pawnee Parks and Recreation Department director Ron Swanson say, “I hate the public — the public is stupid,” I was hooked. I’ve devoured every episode since, each as tasty and comfortable as the waffles at JJ’s Diner. How often does one find a connection with not one, not two, not three, not four, not five, but six characters from a single show? Like Leslie Knope, I excel at gift giving. Like Ron, I’m a private person always hankering for a great steak. Like April Ludgate, I’m a dry, sarcastic animal lover. Like Andy Dwyer, I once performed with the band Mouse Rat. Like Ben Wyatt, I have my share of geeky interests. And like Jerry/Larry/Terry/Garry Gergich, I’m kind but awkward. (OK, one of those six is a lie.)

I planned on the show litch-rally lasting as long as health-conscious Chris Traeger (i.e., 150 years). Alas, that is not to be. Come tomorrow, it’ll be gone, like Li’l Sebastian, and I’ll have a pit-sized hole to fill in my TV viewing schedule. I hate to see Parks and Recreation go, though I’m thankful it lasted longer than Rent-a-Swag and Entertainment 720.

The seventh and final season has jumped ahead to 2017, to a world that is recognizable — with some twists. Elton John owns Chick-fil-A. Shia LaBeouf designs wedding dresses. Tablets are transparent and can be folded and even converted into skateboards … assuming you’ve worked out all the evil AI software bugs. Morgan Freeman and Shailene Woodley are feuding. Kevin James is the new Jason Bourne. The Hitch sequel is out; its full title is Hitch 2: Son of a Hitch. LeBron James is playing in Miami — again. Oh, and perhaps craziest of all, the Cubs are World Series champions, ending the long suffering in the Windy City. As Chicago native Lucy told Andy and Tom Haverford in a recent episode as they strolled outside of Wrigley Field: “Yeah, I think you’re really going to like it here. And obviously everyone’s in a really great mood now because of the Cubs winning the Series.”

It’s not the first time the Cubs have won in “reel” life. 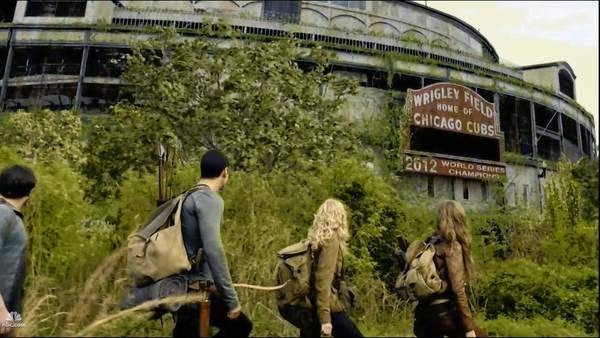 In 1993, a 12-year-old boy led them to victory. (See: Rookie of the Year). According to Revolution, a defunct NBC show set 15 years in the future, in a world without electricity, the Cubs won again in 2012. (In a May 2012 trailer for the series, the marquee outside an abandoned, dilapidated Wrigley read “2012 WORLD SERIES CHAMPIONS.” Interestingly, when the series premiered in September of that year, the message had been digitally removed.) And as every Back to the Future Part II fan knows, the Cubs will win it all this year, sweeping Miami in five games. As the holographic Hill Valley billboard read: WAY TO GO CUBBIES!

Perhaps Cubs fans can take some solace in their multiple on-screen championships, because the real team’s extended futility is, ahem, more than one can bear. 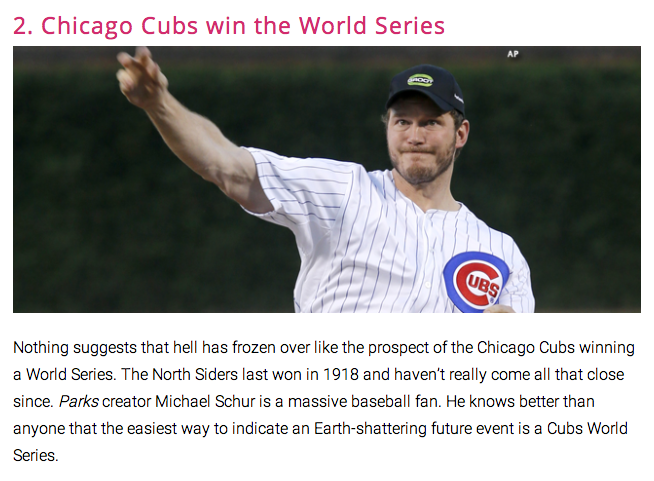 It’s been a l-o-n-g time since the Cubs won the World Series. Longer even than the Hypable blurb above will have you believe. Mark Twain could have written about the team's last championship; he was alive at the time. The Cubs last won it all in 1908. Chicago was in the World Series in 1918, but it lost to the Red Sox, a team that would wait 86 years before winning another title. The Cubs are still waiting. Even Chris Traeger would find it difficult to put a positive spin on such a lengthy drought.

♫ Bye-bye, Parks and Recreation. Miss you in the saddest fashion. ♫