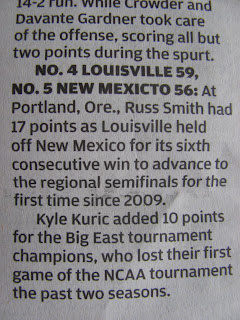 It’s 1947 Roswell all over again! New Mexico has been invaded! Alert the armed forces!

A UFO allegedly crashed near Roswell in ’47. What happened — or didn’t happen — in that southeastern New Mexico city back when Jackie Robinson was breaking Major League Baseball’s color barrier is up for debate.

No debate today. The story I’m about to tell you is true. No cover-up. No controversy. No conspiracy.

A mysterious visitor has been sighted in the Land of Enchantment, though this one is not of the extra-terrestrial variety. This alien is extra-alphabetical. A T has crash-landed in the state.

Don’t panic, readers. I immediately contacted the U.S. military and asked to have the debris removed. Top men are working on it right now.