The Worse for Ware 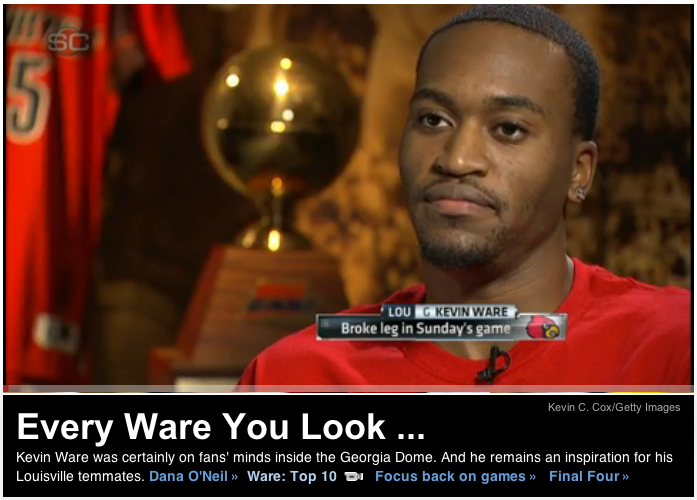 During last year’s NCAA basketball tournament, Louisville was one game away from the Final Four when Kevin Ware, a sophomore guard, leapt to contest a three-pointer by a Duke player. Ware landed awkwardly and suffered a horrific compound fracture to his right leg. The magnitude of the injury — his tibia protruded through the skin — stunned teammates, coaches and fans at Lucas Oil Stadium in Indianapolis.

Some in attendance were crying. Some fell to their knees. Others had to look away from the gruesome injury. Not Louisville forward Luke Hancock. He rushed to Ware’s side, knelt beside him, offered words of support and said a prayer while holding Ware’s right wrist. He gently patted his fallen teammate’s chest. It was just what the shocked, scared, hurt Ware needed. 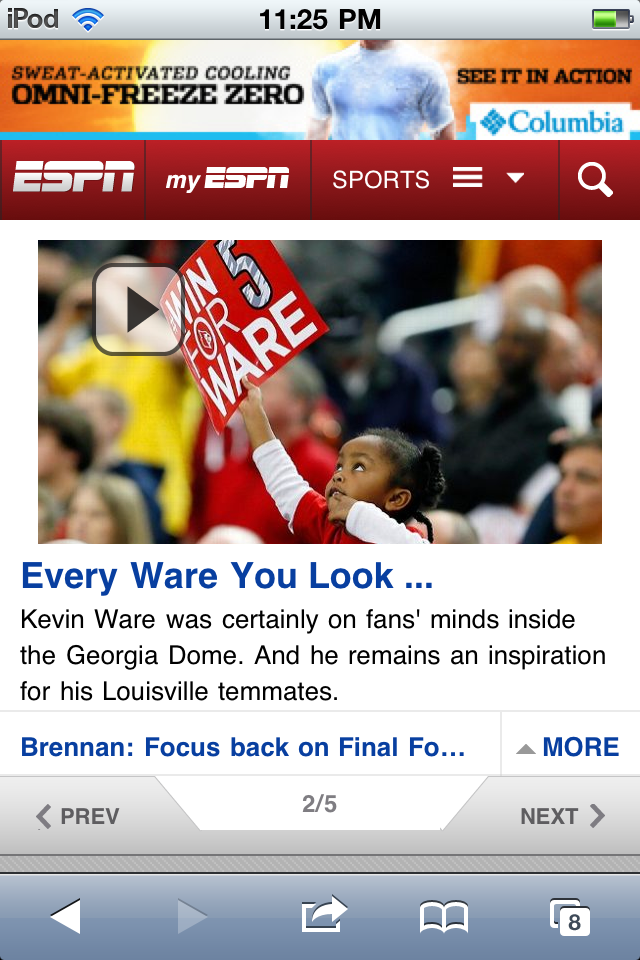 Hancock acted with aplomb and affection in the midst of a very difficult situation. In a moment of crisis, he transformed from good teammate to great friend.

Too bad this ESPN.com writer didn’t have luck (and Luke) on his side. The writer’s teammates let him down. It didn’t bring its “A” game.

The last word in the second sentence, which should be teeming with t’s, e’s, a’s and m’s, has been caught with its pants down. I can see its a-hole. It sticks out like a sore thumb … or a Ware bone.
Posted by Owen at 8:00 AM