I’m Owen, and I approve this message.

The finish line is in sight. It’s almost time to put an end to the negative ads, the prerecorded political phone calls, the partisan mudslinging, the campaign signs staked into front lawns from coast to coast, the SNL prime-time specials and the election-season rhetoric. Obama or Romney? Romney or Obama? 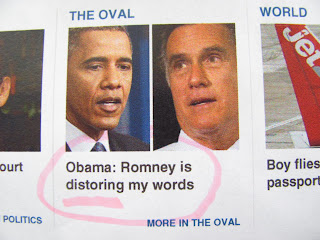 We’re T minus eight days and counting until the presidential election. We’re minus t, too. Distorting has been distorted. Disturbing. Approval ratings plummet when letters go off the campaign trail. According to a recent When Write Is Wrong/Gallup Poll, 100 percent of those surveyed* are opposed to misspellings. Step aside, immigration, gun control and economy. A new hot-button issue has arisen, just in time for Election Day: spelling.