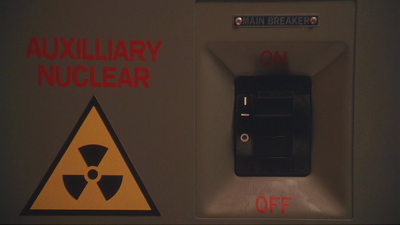 John, a reader from Northern California, made me aware of today’s error a day after last Christmas. I wrote about it immediately and then purposefully set it aside for later use. It’s been in my reserve for almost a year. An auxiliary post, if you will.

His Santa-sized plans call for him to adorn his two-story house (and attached garage) with 25,000 imported Italian twinkle lights.

After a few ladder- and roof-related mishaps, the lights are in place, courtesy of an overworked stapler. After a few false starts, the lights shine — blindingly bright. 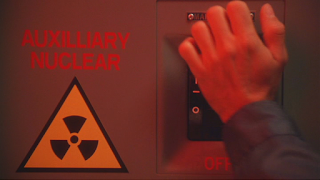 The house doesn’t have enough juice to support Clark’s retina-burning “exterior illumination,” so it draws power from the neighborhood, consuming kilowatt hours faster than the reindeer pull Santa’s sleigh and forcing the local power company to flip its auxiliary nuclear switch to the “on” position.

Problem is, no auxiliary power is being generated. Instead, an employee at the power company flips a misspelled switch. Someone has strung up too many letters. Auxiliary has one l, not two; that second one is providing no help. The lights are on*, but no one at the NLCV editorial department is home.


* Though they don’t twinkle. Thanks for noticing, Art.