The New Kid on the Blake

A couple of months ago, four people were found dead in a burning Florida mansion owned by James Blake. (The four victims were renting the $1.5 million home in Avila, a gated community north of Tampa.) You may have heard of Blake. The former pro tennis player, who was ranked as high as No. 4 in the world in 2006, won 10 singles titles in his 14-year career, which reached an unthinkable low in 2004. In the span of a couple of months, Blake broke his neck during a practice session when he fell headfirst into a net post, lost his father to gastric cancer and developed shingles, which temporarily paralyzed half his face and blurred his vision. 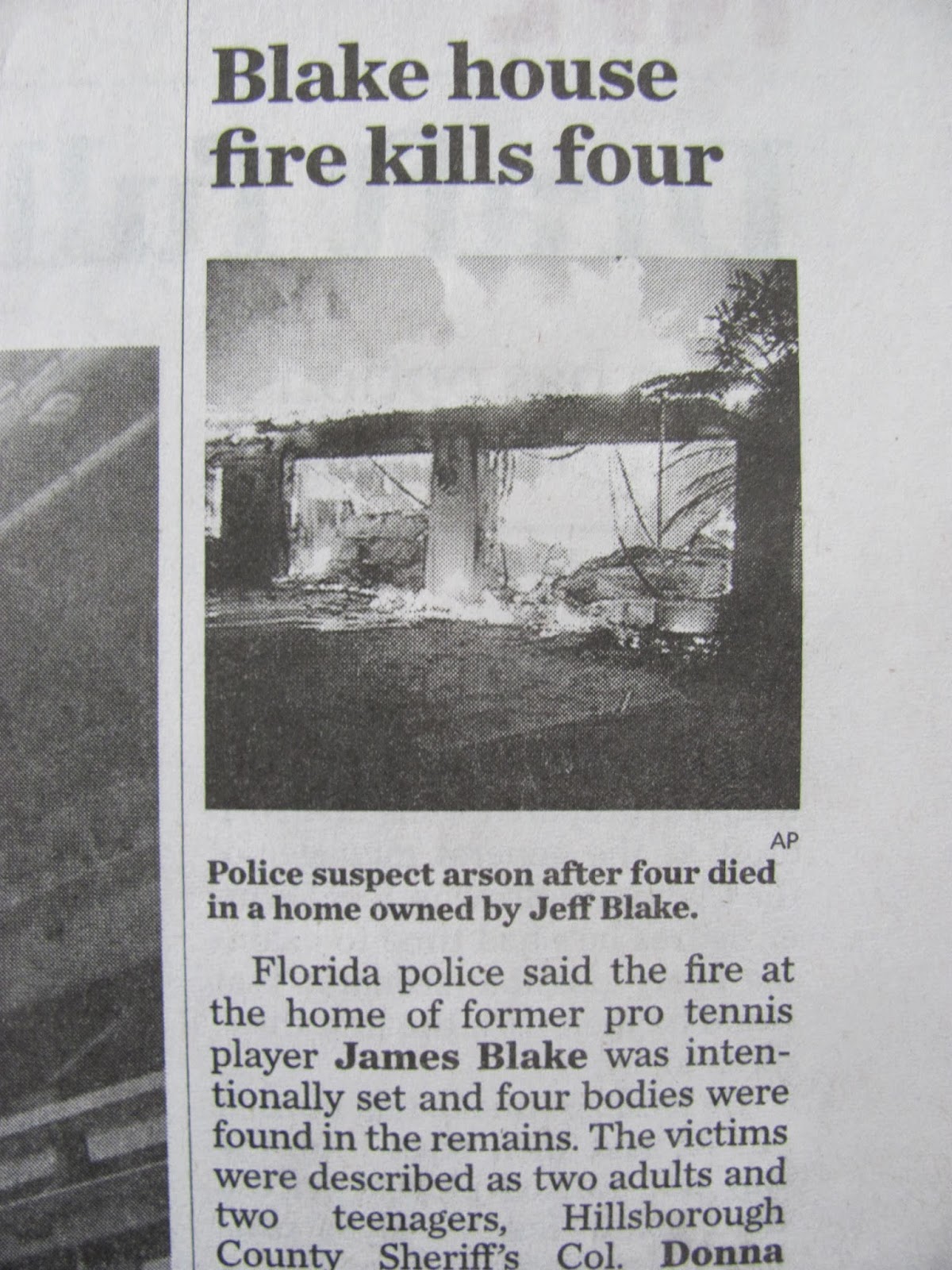 A year removed from that very difficult stretch, rising from the lowest of lows, Blake defeated Rafael Nadal and three other players during a memorable run at the 2005 U.S. Open that culminated with a dramatic match against Andre Agassi in the quarterfinals. Agassi won the 2-hour, 51-minute match, which lasted well into the New York night, in a fifth-set tiebreaker, but Blake won admiration. After Agassi smacked a forehand winner to clinch the 3-6, 3-6, 6-3, 6-3, 7-6 victory after 1 a.m. ET, both players received a lengthy standing ovation. “At 1:15 in the morning for 20,000 people to still be here, I wasn’t the winner,” Agassi told the crowd. “Tennis was.”

I’ve never been much of a tennis fan, but I followed Blake’s career, with good reason. We grew up in the same town and attended the same high school, Fairfield (Conn.) High. Our attendance didn’t overlap; I graduated two years before he enrolled as a freshman. Still, he was a pro athlete from this sports nut’s neck of the woods.

The caption leads us to believe otherwise. The first name in the caption doesn’t play well with others, so I ask that we not spin that jazzy Jeff. Have James step in front of Blake lively.

Jeff Blake is a retired NFL player. He was a quarterback for the Cincinnati Bengals and six other teams beginning in 1992. Jeff Blake, likes James Blake, is a 6-foot-1-inch athlete who had a 14-year pro career. That’s pretty much where the similarities end. You fan the flames when you can the James — the one that belonged in the photo caption, that is.