In one of its annual pro football magazines, Lindy’s Sports ranked the best NFL players, by position. After perusing the outstanding quarterbacks and before checking out the top tight ends, I passed an unfamiliar position, one I almost didn’t catch. But catch it I did, because I possess the sure hands of an elite wide receier. 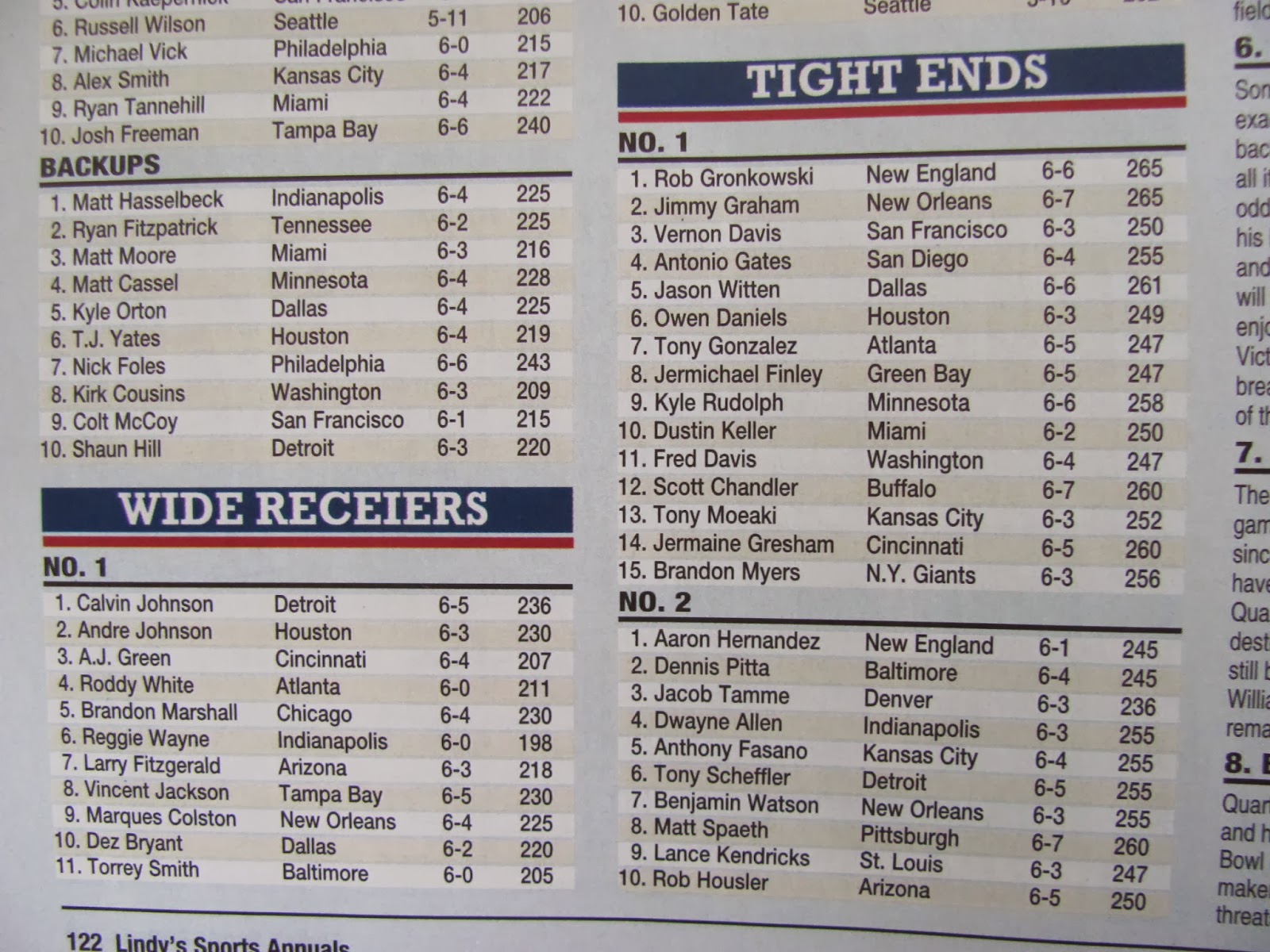 Did you catch that?

I intentionally repeated Lindy’s Sports’ pointed (literally) omission. Someone with hands of stone — a subpar wide receiver, perhaps, or Michelangelo’s David — dropped the ball. In this case, the proverbial ball is the 22nd letter of the alphabet. RECEIERS contains a bevy of letters, but it’s void of V. No vital V is viewed in the vicinity of the second E. Its vanishing makes this varied word very wrong, vetoing its veracity. Visibly.

Ineligible receivers, players who may not legally catch a forward pass, have long been a part of football nomenclature. Today we must introduce a new, similar-sounding term — illegible receiver — into the NFL’s lexicon.

A well-received post today, I’m sure. In fact, I couldn’t be more excited. Give me five! Or as Michelangelo and his ancient Roman counterparts would say…