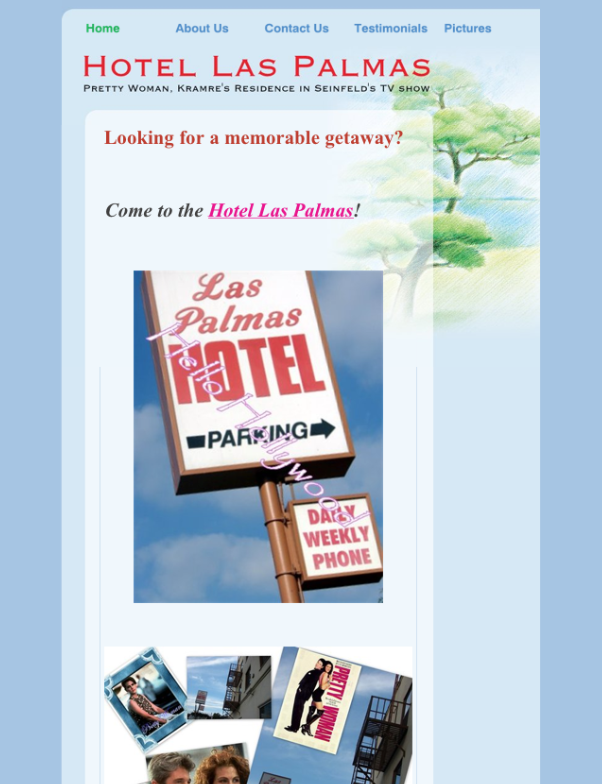 Hotel Las Palmas, a Los Angeles hotel famous for being a memorable setting in Pretty Woman, is now home to an ugly man. I’m sorry, HLP, but that’s not the Cosmo we ordered. The spelling on your home page’s subhead is clumsier than the Apartment 5A entrances made by a certain “hipster doofus.”

When Seinfeld debuted in 1989 (as The Seinfeld Chronicles), Kramer was Kessler. Since then, Kramer has been, among other things, the co-author of a coffee table book about coffee tables, a seat-filler at the Tony Awards, a Calvin Klein underwear model, an extra in a Woody Allen movie, the co-creator of the Bro (aka the Manssiere) and a soap opera stand-in. Never, however, has he been Kramre.

That spelling works as well as a reverse peephole. We can turn things around — and we can do so far less acrimoniously than Dustin Hoffman and Meryl Streep did when they settled their dispute in 1979.

In the case of Kramer vs. Kramre, the choice, like dominating a dojo full of children, is easy.

Turns out, Marion the librarian isn’t the only one who “needs a little Kramer.”

Thanks to my friend Lindsay, of IAMNOTASTALKER, for, ahem, rushin’ to notify me of today’s “Cosmo-Not.”