Ailing right elbow, huh? It’s a front, I’m sure. Gardner is headed to the disabled list because he’s got an unusual growth on his forehead. It’s an embarrassing situation, to be sure, so the Yankees are hiding the truth and feeding us lies. 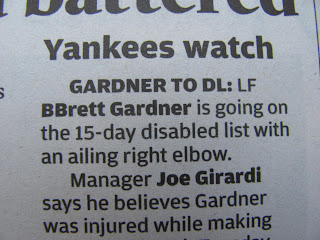 BBrett? Shoot no. Let’s take out one of those B’s with a shot pellet and fix this Gardner-variety error. With BB gone, we’ll get Brett, and this BB ding will no longer give me the blues.

Two B’s or not two B’s? That is the easiest question. Not two B’s — definitely not two B’s. One B is our best bet; it leaves us with our best Brett.

Last night my over-35 softball team improved to 5-1 with a 19-2 run-rule romp. The game began minutes after a passing storm, and a rainbow appeared high over the field early on. And yet, my team’s win wasn’t the prettiest softball game of the night, nor the most rewarding. Those honors go to my alma mater, the University of Florida, which played Alabama in Oklahoma City in the second game of the best-of-three championship series of the Women’s College World Series. 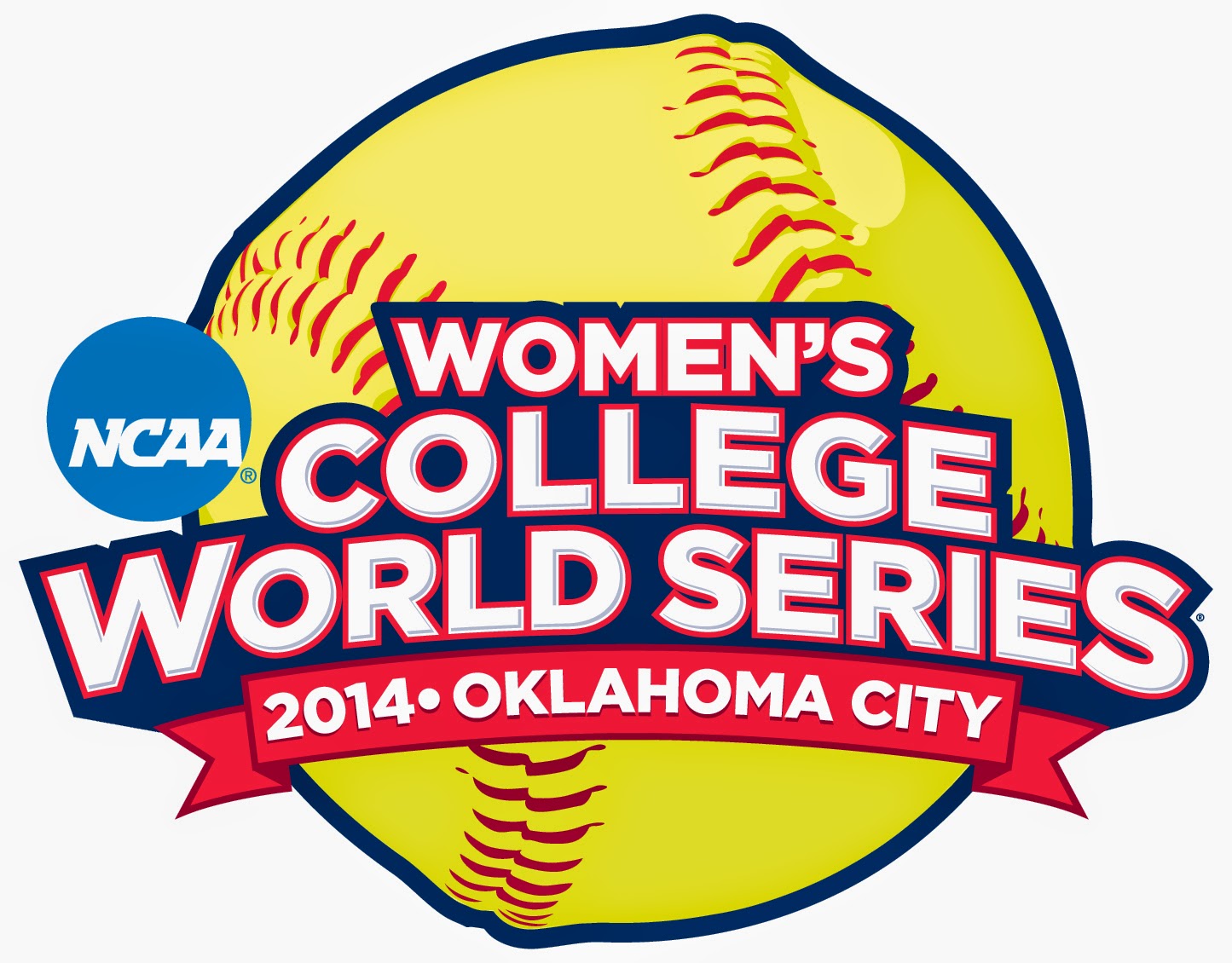 The Gators had advanced that far before, in 2009 and 2011, but finished as the runner-up each time. No June swoon this year. The third time indeed was the charm. Fifth-ranked Florida defeated No. 2 Alabama 6-3 to capture its first WCWS title.

It took a team effort to roll the Tide, of course, but the Gators reached the summit because for two days, Oklahoma City became Miss Rogers’ neighborhood. Senior pitcher Hannah Rogers, who was named Most Outstanding Player of the WCWS, shut out Alabama 5-0 on Monday and earned the save in yesterday’s clincher. Fittingly, she was involved in the season’s final play. An Alabama player hit a one-hopper back to the mound. Game. Title. Dogpile!