If only someone had sought the mayoral counsel of Goldie Wilson…

It’s becoming less and less difficult to understand why the NBC series Crisis failed to last more than one season.

On its June 1 episode, “Found,” the show butchered the words kidnappers and abandoned on a phony TV news graphic, which I blogged about here. During its subsequent episode, “Best Laid Plans,” which aired Sunday, the show made no progress — and no progress. 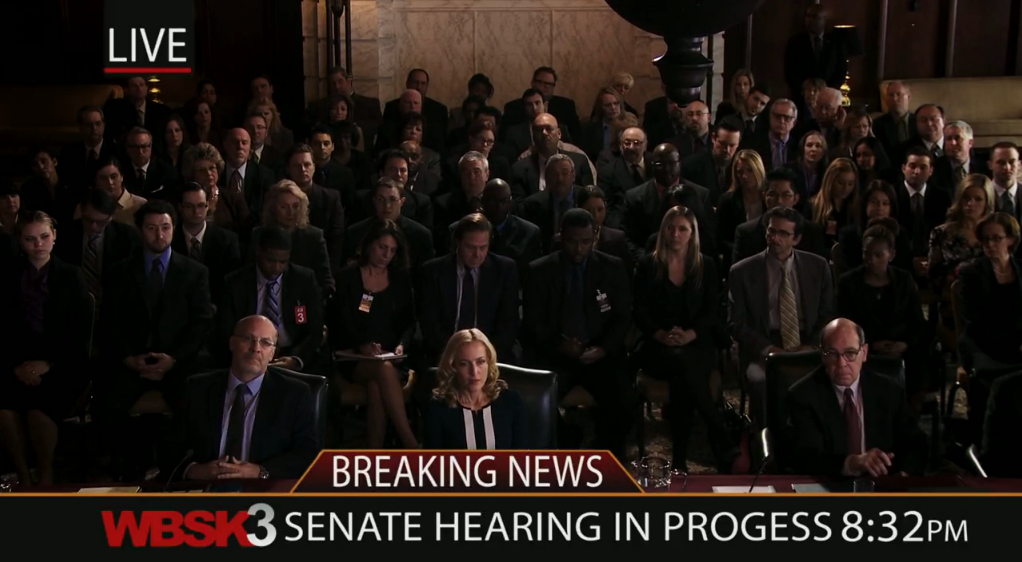 When you transgress proper spelling, words regress. So, Crisis, amend your uneducated gess. Make headway by making certain an r, like the search for Malaysia Airlines Flight 370, is in progress.

Crisis struggled in the ratings (its midseason debut and challenging Sunday-at-10 time slot didn’t help), and the hostage drama exits on a “special day and time,” which is code for throwaway treatment. The two-hour series finale airs this Saturday at 8 p.m. ET. Here’s hoping the show’s producers have taken steps to avert all potential Crisis crises. That’d be a true sign of progress.