The Jaws of Deceit 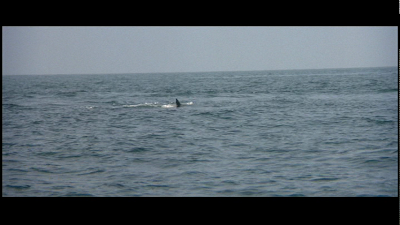 Do you know what’s scarier than seeing a shark’s dorsal fin piercing the ocean’s surface? Seeing a fact error floating in the opening paragraph of an article about escalating shark sightings. It’s scarier to an editor, anyway. 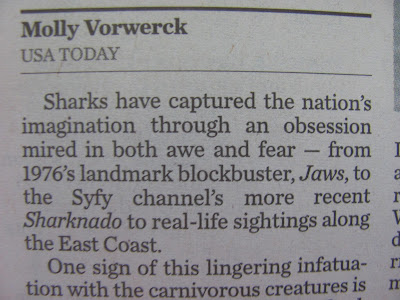 Today’s error may frighten you as well. Oh, the Amity horror! It may surprise you. Jaws may drop. We can label it a fish story or, more precisely, a (great) white lie.

Thirty-nine years ago today, Brody, Hooper and Quint needed a bigger boat. Jaws made its splashy debut in the summer of 1975, giving birth to the Hollywood blockbuster. Steven Spielberg’s mechanical shark put a dent in beach attendance, but it also put fannies in theater seats. Jaws became the first film to gross more than $100 million. In cinematic annals, June 20, 1975, the day the thriller premiered, is a red-letter date. Yet I just read a later date.

America’s bicentennial? I’m unwilling to celebrate the writer’s declaration of our milestone year of independence.

Sorry, Molly, but you missed the Orca.