Put the ballpoints, fountains and quills back in your pockets. No signs exist of a grand achievement today — only a grand error, a noble error. Pens must remain off the table.

At the end of 2001’s Academy Award-winning A Beautiful Mind, mathematician John Nash (Russell Crowe), laureate of the Nobel Memorial Prize in Economic Sciences, concludes his acceptance speech and walks to the side of the lectern, acknowledging the audience’s standing ovation. In that moment, as Nash gazes at his loving wife, we catch a glimpse of a portion of the Nobel medal on the face of the lectern. Problem is, the medal honors someone named Noble. No bull. 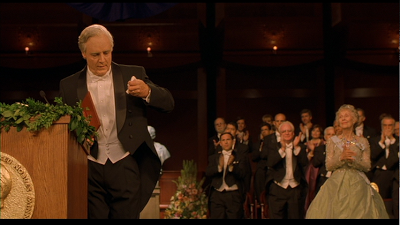 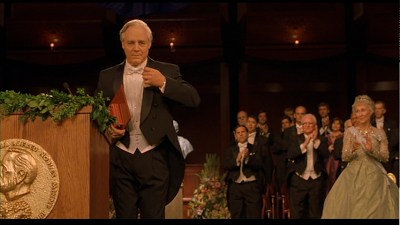 Despite the noblest of intentions, the prop department for A Beautiful Mind made a mind-boggling mistake, one for which no mathematical explanation exists. The word at the top right of the medal reads NOBLES instead of NOBELS. No NOBLES deed goes unpunished, particularly one at a meeting of the minds. Can we reach a meeting of the minds on that, readers? We can? 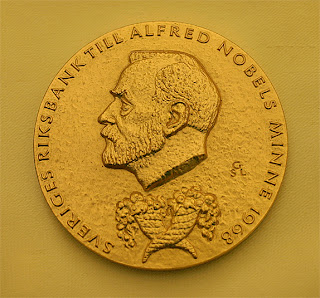